After nearly six years of construction, AUS is proud to announce the opening of the new highway 520 floating bridge across Lake Washington. The new route 520 bridge is the world’s longest floating bridge at 7,710 feet long, making it 132 feet longer than the old highway 520 bridge. Once the new pontoons were established, AUS assisted in the development of the bridge from the water line down during construction. With the ability to utilize the old 520 anchor cables, AUS welded and installed deviation frames to hold the new 520 in place. Other tasks included all joining steps such as preparing the pontoons to be mated together by through bolts and repairing rock spall in the concrete. Inspecting, cleaning, and overall maintenance of the anchor cables were crucial responsibilities for AUS as well.

The new 520 bridge offers six lanes compared to the old bridge which only had four, allowing for a HOV lane in both directions. See more details on Washington State department of Transportation webpage 520 – Floating bridge facts. 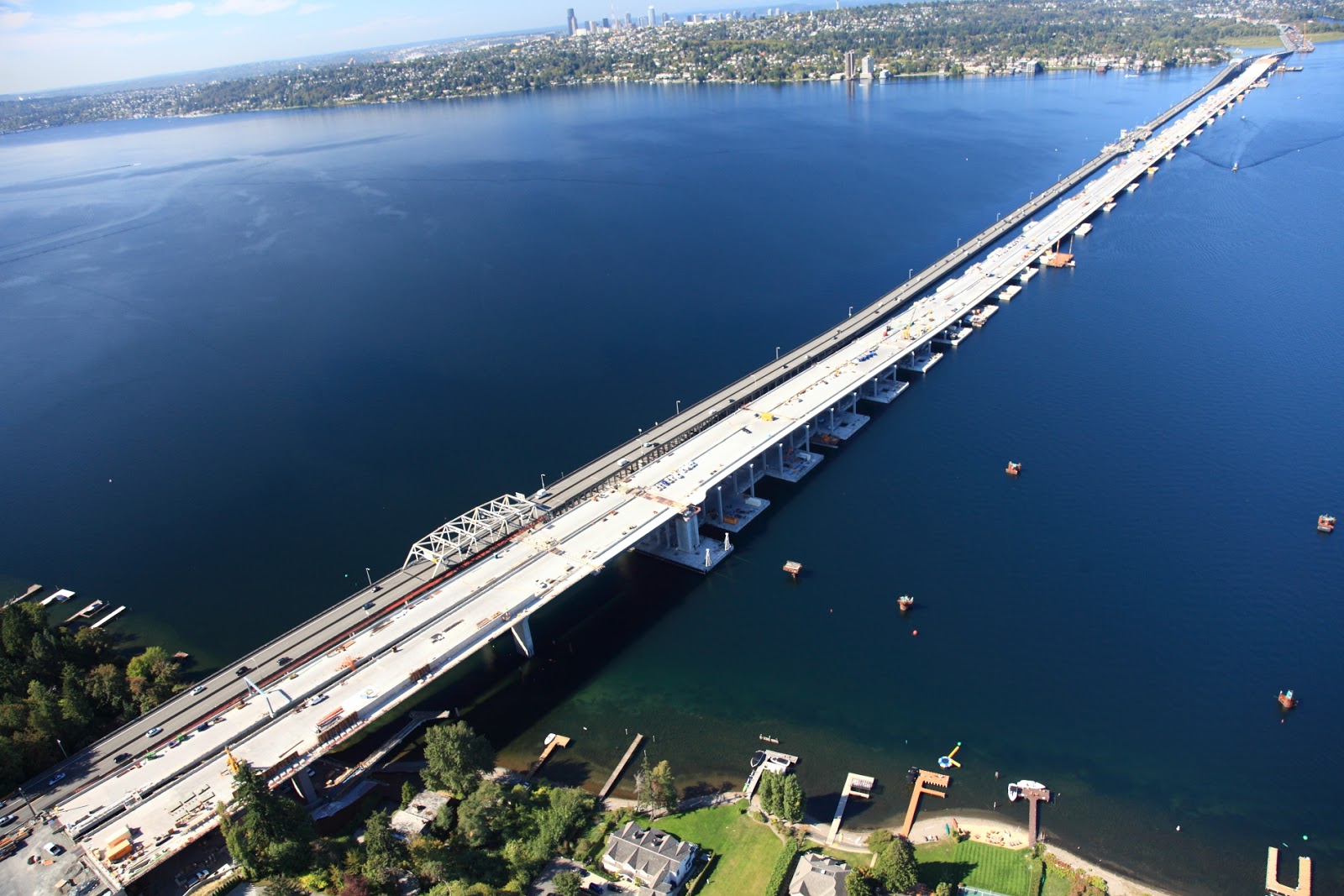