Some 100 yards from shore on Tuesday crews began removing vessels submerged long ago. 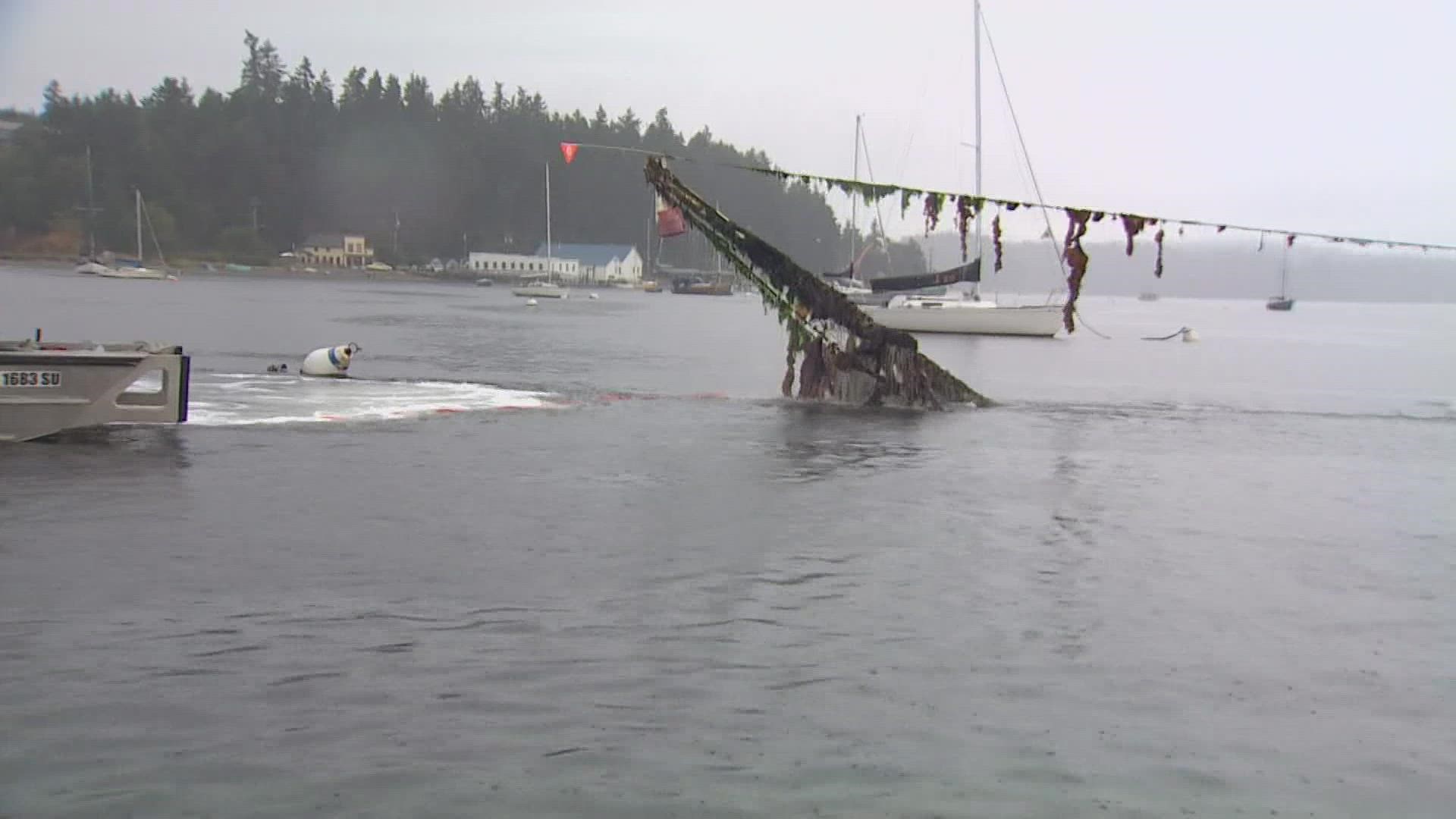 Some 100 yards from shore they were after a 40-foot-ship wounded by a winter storm and left by its owner.

“We wish that we could remove all of these vessels out of every single situation because they are a hazard not only for human safety … but for the environment as well,” said Troy Wood of DNR’s Derelict Vessel Removal Program.

Underwater, divers secure giant airbags to the sunken ship while a boat above slowly fills them will air. The ship, that likely sunk slowly, surfaces in seconds. It’s a process they’ll repeat ship after ship for the rest of the week. They’re on a mission to remove seven boats.
“We have 258 vessels on our vessels-of-concern list right now. That’s for all of Washington and that’s only the vessels that we know about,” Wood said.

The Department of Natural Resources is the state agency tasked with resurfacing and removing sunken ships as part of the states Derelict Vessel Program established in 2002. Since then, they’ve removed more than 1,000 boats with the taxpayer paying the vast majority of the bill.

“We just don’t have enough resources to get them all out once. And there’s new boats being added to the list everyday,” Wood said.

For everyday those ships stay under water the problem only gets worse. Not only is it more expensive to recover, but every day a vessel sits that’s more contaminants released into the water.

Getting the boat to the surface is just the beginning. From there, it’s towed to shore, brought on land and in a best-case scenario parts of the ship are recycled.